In two blog posts, we are trying to help you out whether to choose for an inline skate with 100, 110, or 125mm inline wheels

What is the difference between skating on small or large inline wheels?

There are many differences that have an effect on your feeling on skates. Most obvious is the height of the total wheel set up, which we consider as the frame and wheels assembly. The height affects the stability you experience. Less often considered is the elimination of vibration when riding on rough tarmac. Larger wheels offer a more smooth ride.

Another important aspect is the number of wheels in your skate, a big wheel skate often has 3 wheels since adding 4 into a frame would make the frame too long. Such long frames are not just heavy but also terrible to maneuver. With 4 smaller wheels in your frame, you might feel more stable in the corners and being able to apply a stronger push.

We would like to point out that wheel size is not the only variable to consider. As a result of choosing to skate on 125mm wheels, you will need to accept skating on 3 wheels as well.

In this blog, we focus on the wheel size primarily with the effect of rotational inertia in specific.

Rotational inertia, or moment of inertia, is the rotational equivalent of mass; this is the quantity that we want to measure to see how much energy it takes to accelerate a wheel. We can measure the mass of the wheel easily enough, but it is not necessarily the case that the lightest wheel will have the lowest moment of inertia or vice versa.

This video shows a simple experiment that visualizes the effect of a different moment of inertia of a 110mm inline wheel and a 125mm inline wheel.

When would you prefer more roll from 3x 125 wheels?

When would you prefer faster acceleration from 4x 100 or 110 wheels?

Can't choose? Don't worry, in the TR3 frame of the Agility or Versatile skate, and in Dualbox®6 inline frames you can have both. 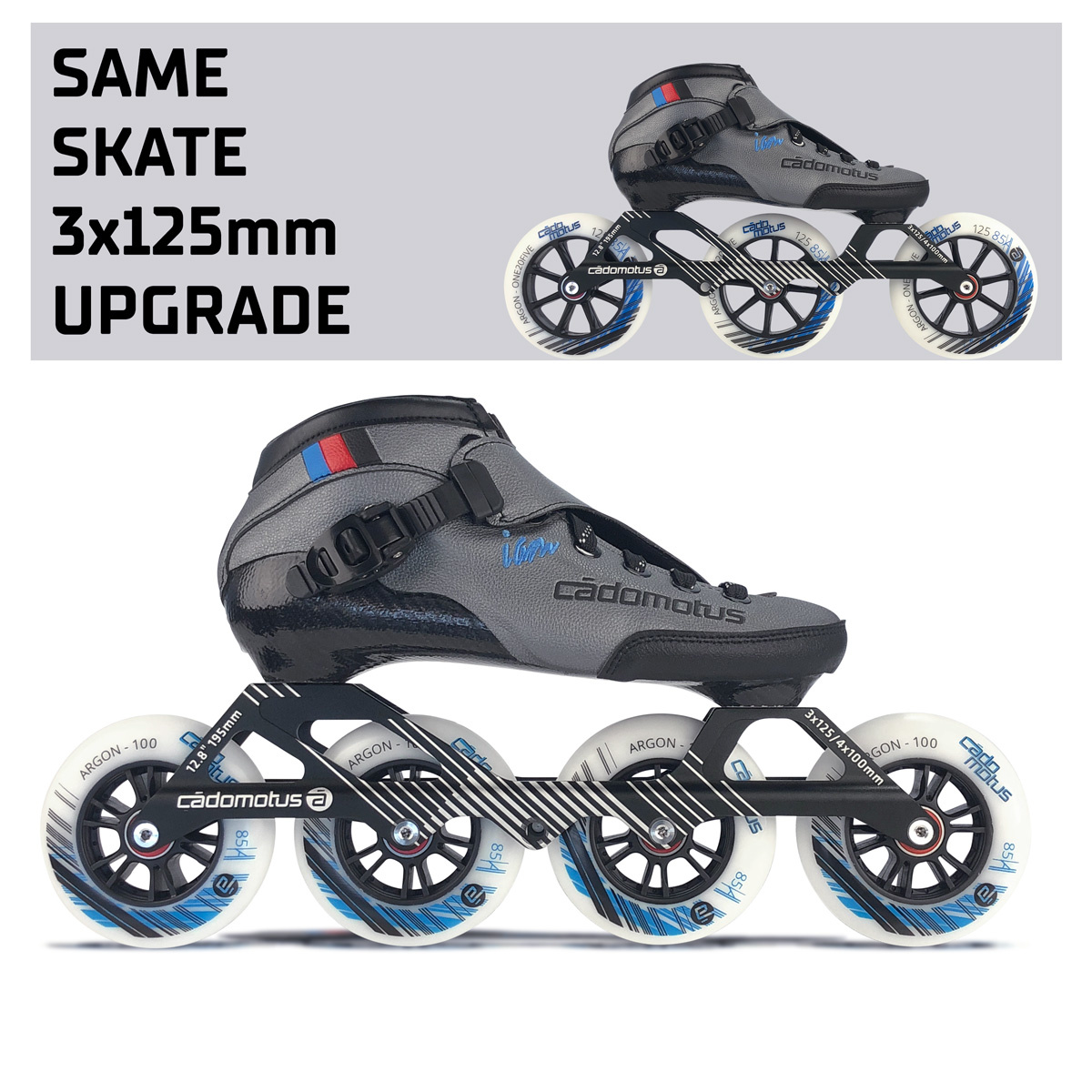 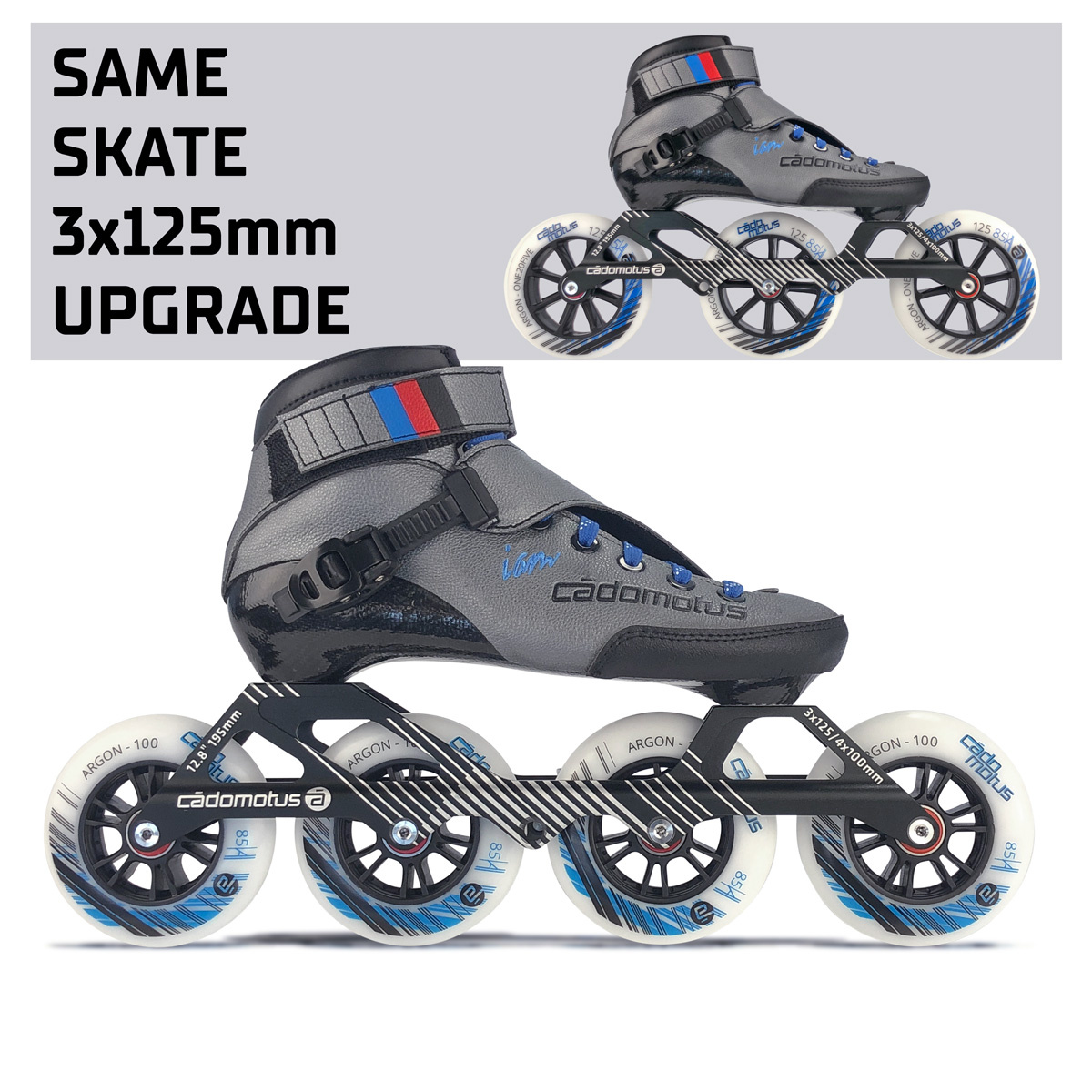 From 3D-scan to a full custom made inline-skate boot in just 6 weeks!

Why you want a custom cycling helmet from Cádomotus. Feedback from top-triathletes.

Dualbox 6: The inline frames you will love | Testimonial
Compare products
0
Start comparison
Please accept cookies to help us improve this website Is this OK? YesNoMore on cookies »