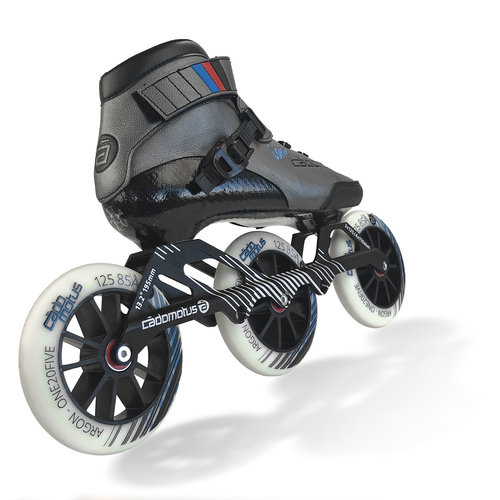 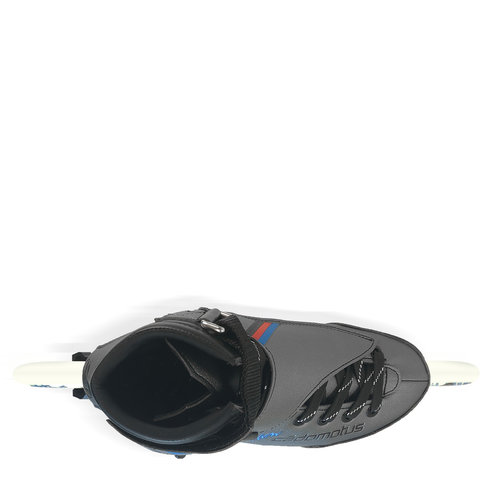 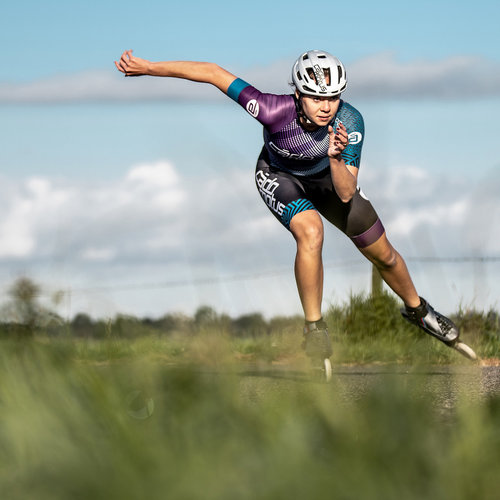 This inline skate takes also 4x100mm wheels if you are looking for more stability! Read more

This inline speed skate supports the ankle better and transforms a 4x100mm or 4x110mm skate into 3x125mm. You can have all possible inline skate configurations for the price of just one speed skate. Start with 4x100 millimeter wheels when you are a beginner, then upgrade to 3 or 4x110mm and finally go on 3 big 125mm inline skate wheels for higher speeds!

This skate is supplied with 3x125mm wheels!

Our entry level skate is the very definition of agility – it’s easily the quickest and most nimble starter package in the sport. Officially adopted by the National Speedskating Circuit as their branded league skate, the Cádomotus Rookie Agility inline speed skate is what future pros are wearing when they’re born.

The Rookie Agility is an inline speed skate built on our NewSpeed boot platform of stability, so your skater gets the benefits of stiff support to start building their power foundation. Combined with our innovative Transformer frame, this is the skate that will put your starter on the inside fast track to the podium, by helping them develop the technique of a World Champion.

Our design innovations in stability, response and pure function come through in this top of the line starter kit. Like our more popular lines, the Rookie Agility is equipped with the Cádomotus Competition Transformer frame, a frame your skater will learn technique with, train on and eventually outgrow. It’s uniquely designed to allow them to start in the appropriate set up for young legs, 4 x 100mm. Once they develop to the point of proficiency, it’s a simple adjustment to a fully functional 3 x 110mm set up, and from there, the sky is the limit. It’s one inline speed skating frame they can skate on for years to come.

The road to success

Cádomotus is known for the very purposeful intention behind each stride you’ll take on our skates. The Rookie Agility is very much a study in progression, from sidelines to podium on a power platform developed with intelligence, perfected with practice:

Versatile and Agility-3 models are available with the following frame configurations: