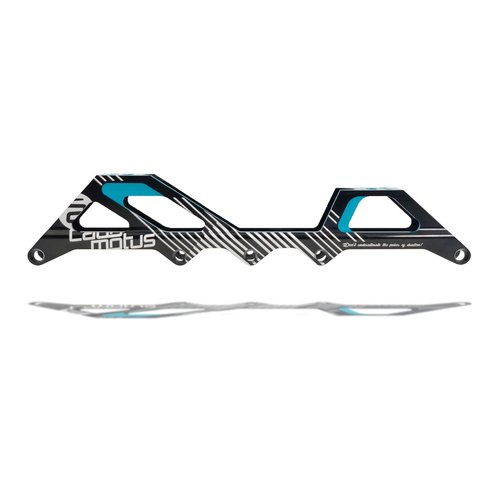 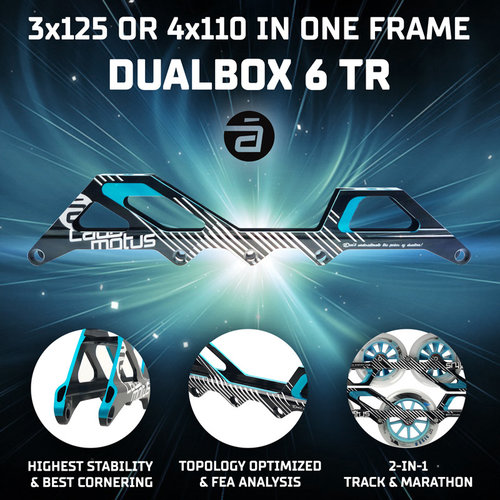 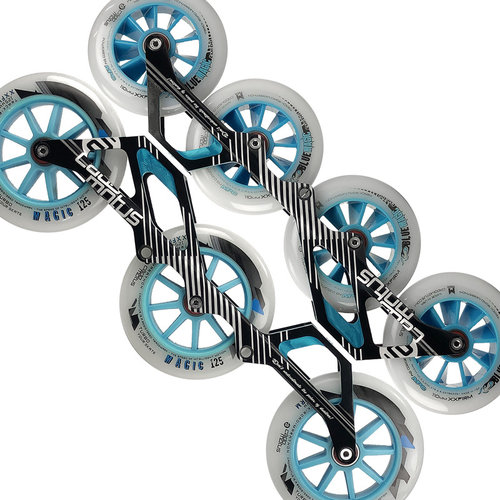 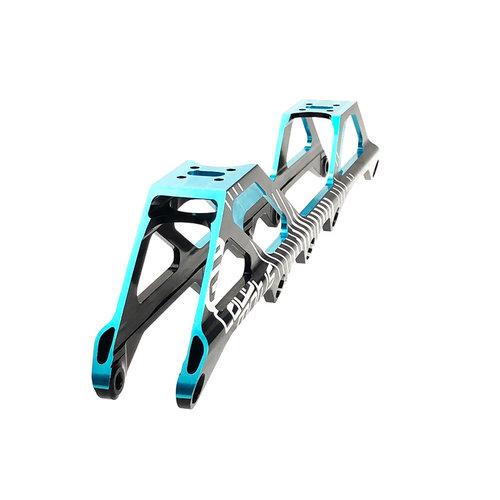 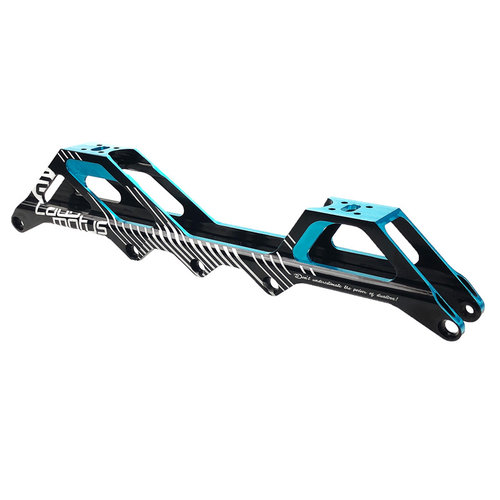 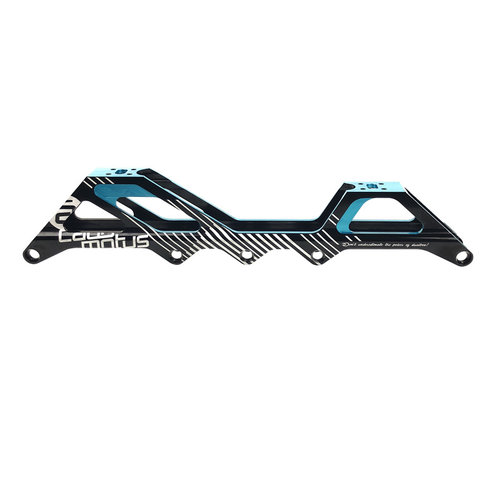 The sixth edition of our best frame! After many world titles, we went back to basics with our design. This is the only frame on the market in which you can install three as well as four wheels, thanks to the dual box technology. That makes the Dualbox6TR the only high-end frame on the market that actually can be used for races on the road and the track.

The advantages of the DualBox® frame

The DualBox frame is made of one piece of aluminum. The tubular sidewall (dual box) provides rigidity and proportional distribution of power during the full push-off. In contrary to other brands, we don’t use extra reinforcements. In fact, these so-called bridges – the connections between both of the sidewalls – make the frame in certain areas very rigid and in other areas more flexible.

DualBox makes the rigidness of the frame in all areas completely the same. As you can imagine, this will provide more control and predictability. And when you compete at a high level, this can make the difference. Every skater wants to be in tune with the surface and to feel in control, especially in the moments when it counts.

As we are using the rigidness of the sidewall, we don’t need reinforcing bridges. That’s the reason why we could build a 2-in-one frame. You have to have an extra room in the profile to do that after all. There is no room for reinforcements, but we don’t need those.

We went back to basics in our 2020 design. The profile has two boot mount platforms and is stripped off any decorations. It is a functional design, thanks to the use of topological research. Smart algorithms are often taking over processes in various human domains, as well as in design. We have analyzed the mechanical and dynamical behavior of the DualBox frame construction using Topology and FEA analysis. Based on the results, we’ve chosen a classic CNC profile and left out all unnecessary connections. Functional design.

So this is our sixth edition of the DualBox frames since 2000. It is a unique design, other than all the other frames that are being produced in the industry. With the DualBox 6, you don’t only have a frame you can trust, but also a brand behind you that is known for innovation and an unprecedented reputation as inline skate frames market leader.

0 stars based on 0 reviews
0 Reviews
All reviews
Add your reviewAdd your review
Reviews
Close
No reviews found...
Compare products
0
Start comparison
Please accept cookies to help us improve this website Is this OK? YesNoMore on cookies »