The Cádomotus brand was founded in 2006, but its history goes back way further. Founder Diederik Hol, a Dutch industrial designer, already developed his first clap skate during his studies at the Delft Technical University in the Netherlands.

Hol, born in 1972, was an elite cyclist for three years and basically grew up on a road bike. Even when he finished his studies, he kept a passion for sports; not only biking but also skating, inline skating and adventurous endurance sports.

As a graduation project, Hol developed a ground-breaking clap skate design. The clap skate was invented in the Netherlands in the eighties but is still a new phenomenon at that point. Top skaters have difficulties to switch from their conventional skates to the new clap skates, but Hol is already a step ahead. He designs the Rotrax skate. This skate has a seven hinge system and was designed to make the skate movement more natural. It lengthens the push-off stroke with 1,5 centimetre, compared to the conventional clap skate. The skate was taken into production by Dutch skate manufacturer Raps.

Hol, who is hired by the successful Dutch brand Raps, develops the Tandem Twin. Inline skating is popular in the Netherland and after the innovations in skating, inline skating follows suit. The Tandem Twin has two times two wheels, which are hinging independently in a spring. It damps vibrations caused by uneven road surfaces.

His strive for innovation and his out of the box thinking makes Hol managing director at the ambitious inline skate brand Mogema. Inline skating is conquering the world at a fast pace and a professional international circuit is being established. With Hol on board, Mogema conquers the market with an innovation that is still dominating the inline skate world today: the Dual Box inline frames. Tubular sidewalls provide a gradual pressure over the whole frame, whereas single-sided frames need bridges and connections to provide the right amount of stiffness. Within a year world titles are won with the new dual box inline frames.

Does the clap inline skate follow after the clap skate? A lot of brands are working on it, but Mogema develops the most successful variant. Inline skaters of the professional and very successful team Rollerblade are using this clap skate and are winning races in the World Inline Cup.

Not much later the development of bigger inline skate wheels starts. From 80 to 84, 100, 110 and 125. The bigger wheels are giving inline skaters eventually more advantages than the clap inline skates.

With all his knowledge and experience it is the right time for Hol to build his own brand: Cádomotus. Cádomotus is Latin for ‘the body transverse laterally to the direction of skating’. It stands for belief in the synergy between different sports that are athletic and endurance. This is the time that successful inline skaters are making the switch to speed skating. They bring along innovations from inline skating, like the carbon boot shells which are more rigid, something that speed skaters aren’t used to. Inline skaters are also used to put more power in the push-off, where traditional skaters are more used to gliding.

In cross-country skiing, they are using so-called clap skis, although they are not similar to the mechanism used in speed skating. Cross-country skiers use relatively flexible shoes and a mechanism that hinges before the toe. Cádomotus designs a cross-country clap mechanism similar to the clap skate with a carbon shoe. This innovation proofs to be faster by scientific research done by the Norwegian University of Science and Technology in Trondheim and the University of Salzburg in Austria. The Norwegian junior team tests the new clap ski successfully in international competitions and it is nominated for a prestigious ISPO Award, but the new invention doesn’t make it in the traditional market.

The Cádomotus World team conquers the international inline world. In 2007 Hilde Goovaerts from Belgium wins the famous World Inline Cup in Berlin. In 2011 Shane Dobbin, the world champion from New-Zealand, represents Cádomotus all over the world. The Belgian super talent Bart Swings signs a contract with the team and starts winning European and world titles.

They are all racing on the Cádomotus Dualbox frames, which are still popular and on the market in 2020 with a sixth edition. Cádomotus is also the distributor of MPC wheels in Europe. Both brands found each other because they both like to innovate. MPC wheels are going the extra mile: a double urethane layer opens a whole world of new qualities. Skaters have more grip and are overpowering the competition.

It is time for a skate that looks beyond traditions. Cádomotus develops the Marchese Record. This skate doesn’t have a mainstream design, and has the blade directly on the tube. The metal tube doesn’t need deformation anymore, which gives you a 100% advantage. The skate is more relaxed on the straights and provides more grip in the corners. Dutch Olympian Bob de Jong wins two world titles – 5000 and 10.000 metres – on these skates. The talented Trevor Marsicano from the States wins several ISU World Cups.

Several crashes of skaters on the ice, make the first skaters choose to wear a helmet. While a lot of people are still skeptical, Cádomotus designs the first skate helmet. Aerodynamic design, a fit that matches the skating position and a new balance between ventilation and safety – a skate helmet has to protect a skater from sharp blades – are making these helmets different from the existing cycling helmets. Wearing a helmet becomes mandatory in marathon skating and mass start speed skating. Almost all teams in marathon skating are wearing the Cádomotus Alpha. The revolutionary design of its successor, the Cádomotus Omega, is noticed by triathletes and cyclists as well.

The Marchese Record is being further developed and many top skates are choosing this set-up. Which shows in the winter of 2018. The marathon cup in the Netherlands, in both the men’s and women’s competition, are won on this skate. Iris van der Stelt wins in the same year the ‘Alternatieve Elfstedentocht’ at the Weissensee in Austria.

Cádomotus is awarded the prestigious Dutch BikeMotion Award in the category Clothing/Shoes/Helmets with the new Omega Aero Helmet.

With tons of experience in shoe and helmet design, branching out to cycling and triathlon is a logical step. And success follows quickly. Cádomotus is a supplier of Dutch triathlon team Rogelli-TriMates who is winning races in the Dutch team triathlon competition. Donald Hillebregt wins the national sprint championships in the Netherlands and wears his Omega Aerospeed helmet with pride in international races all over the world.

Cádomotus and athletic endurance sports go hand in hand. We stand for functional design, aerodynamics and new technologies. We share our innovations with other sports and are setting new standards by that. It started with the clap skate and the implementation of industrial design in skate frames and now we’re expanding our ideas to cycling and triathlon. With helmets, bags and cycling and triathlon shoes. We keep innovating because that’s in our DNA. 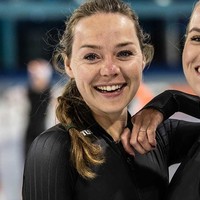 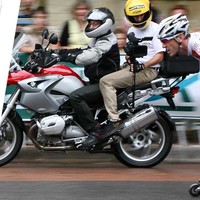 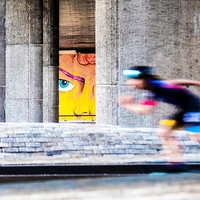