There are several different types of inline skate shoes. A high skate shoe, that resembles a ski boot, and a low inline skate shoe that looks like a speed skating shoe. The height of the shoe makes a big difference in the speed you can generate. Inline speed skates are designed to go fast. Everything is geared towards that, and so is the height. It is the Formule1 equipment of inline skating. 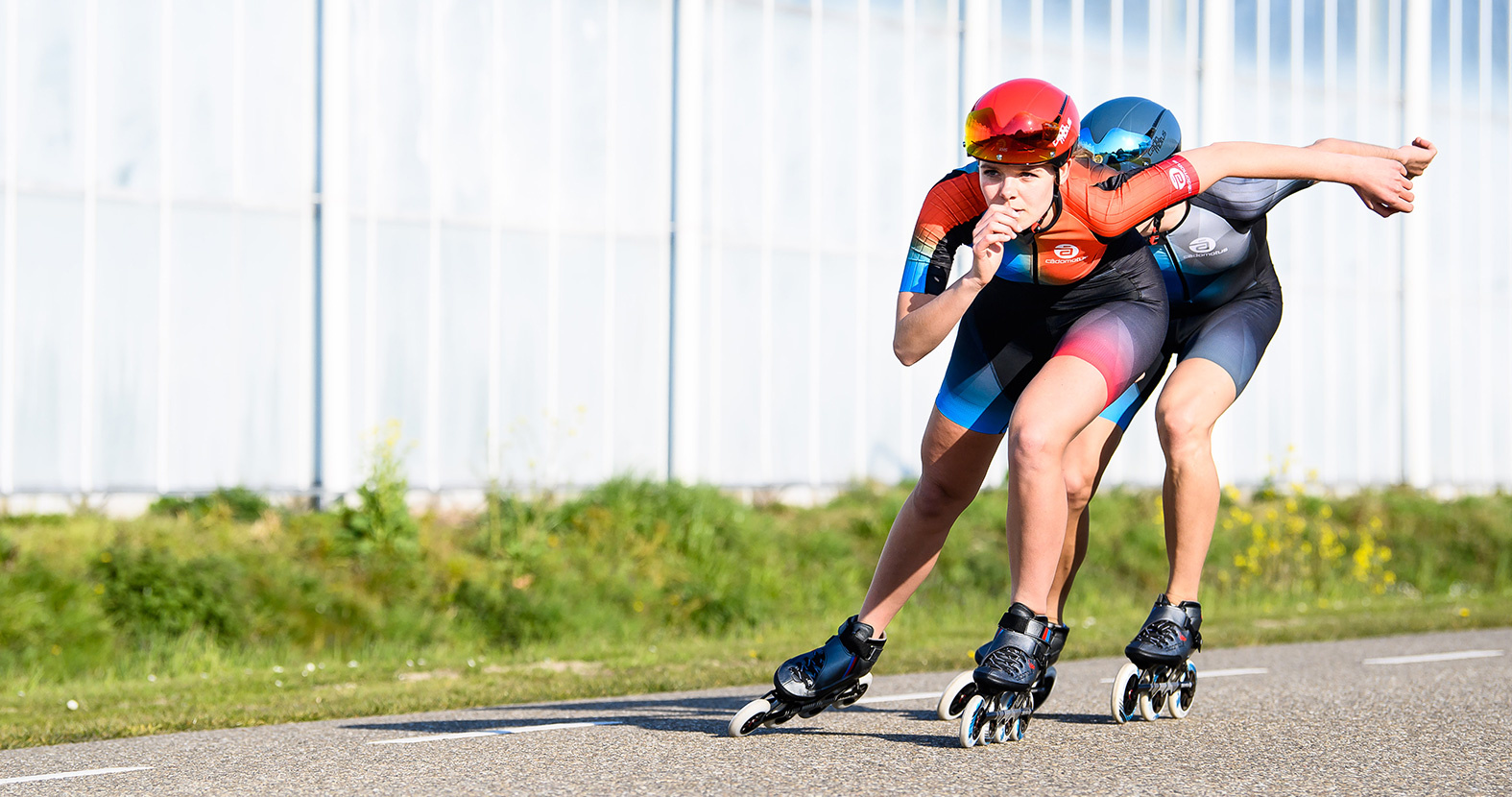 Photo 1: Inline Speed Skating in a low position, you have to bend your hips, knees and ankles at a sharp angle

Formula 1 equipment of inline skating? This needs a little bit of explanation. You have to be in a compact position to reduce air resistance. To be in this low position, you have to bend your hips, knees, and ankles at a sharp angle. This will give you also a more stable position. The center of body gravity is closer to the ground, and you lock your ankles: this way your feet can’t pronate, roll outward, anymore. Bending your ankles isn't possible with a higher shoe, so inline speed skates always have a lower shoe. 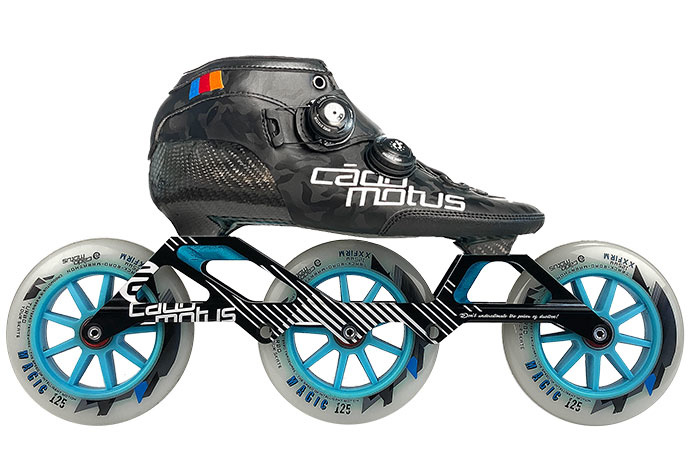 Inline speed skates are designed to go fast. They have relatively less lining and they feel harder. They have a snug fit around your foot. The lower part, the base of the shoe, is a shell sole made of glass or carbon fiber. Your feet are in close contact with this shell sole, which gives you control and the possibility to ‘read’ the road surface. That’s where we can make the connection to motorsports; you can compare the carbon shell of your inline skate with the body of a Formula 1 car. It is all about control and speed, but less about comfort. 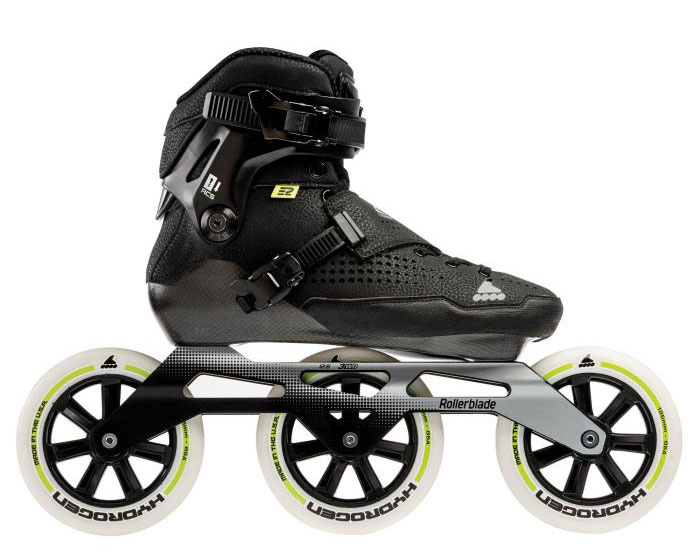 Regular inline skates have a higher shoe that will reach above the ankle and fits around your lower leg. If you don’t have a lot of experience, it is a good idea to start with these higher inline skates. They have a soft boot with a thicker, comfortable liner and the shoe can be closed with a bracket hinge. You can compare these shoes to a ski boot, although skate shoes are lighter. You have more support because of the height, even when you stand up straight you will feel stable. They weigh significantly more than an inline speed skate shoe though. 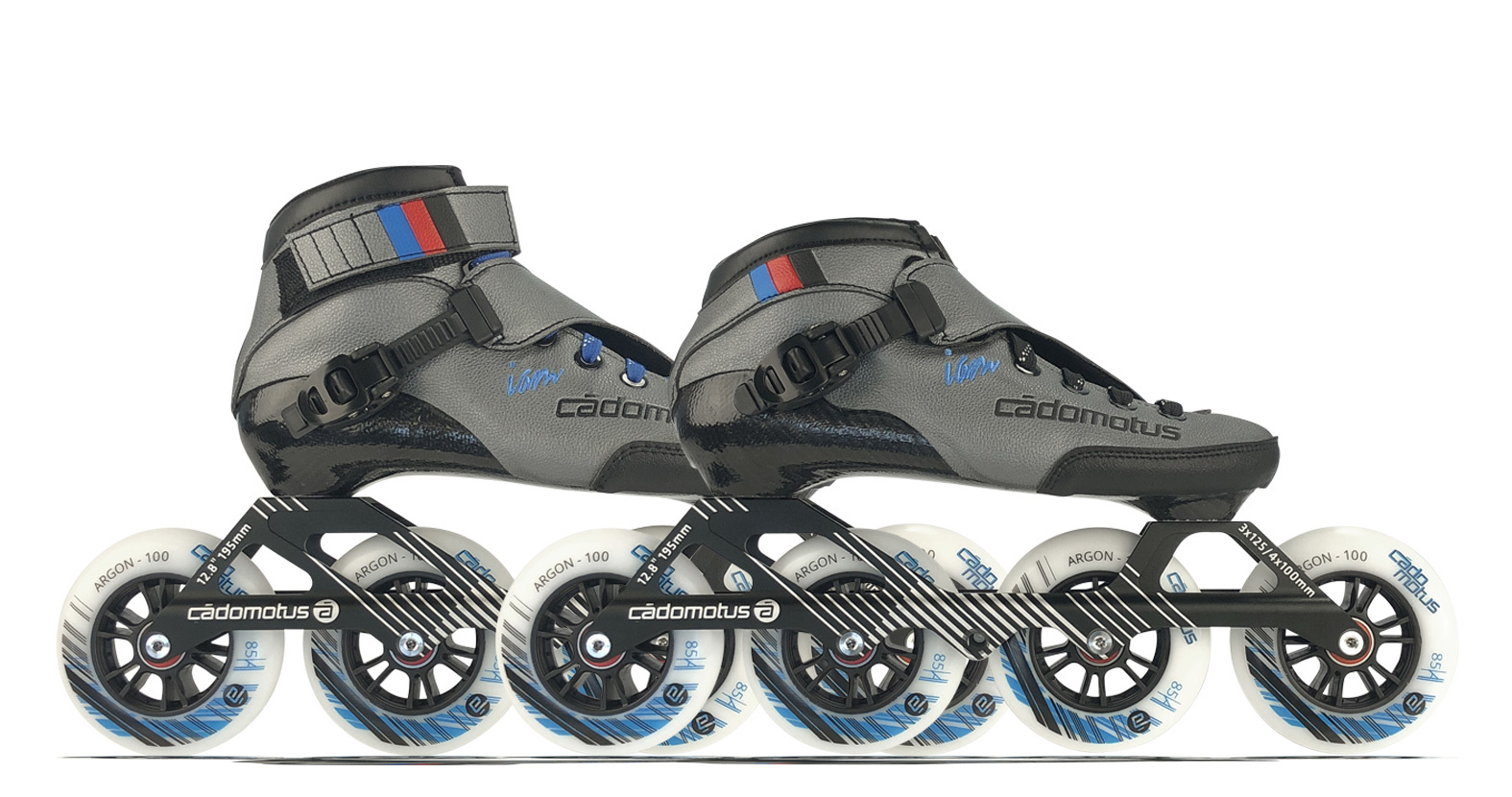 There are different types of inline skating: slalom, urban, fitness and off-road. Inline speed skates are like the road bikes between the city bikes, fold bikes and mountain bikes at your local bike shop. They are meant to go fast. There is also a model in between an inline skate and an inline speed skate, that can help you to make a smooth transition to a faster model. The semi-race inline skate has a shoe that is similar to a race shoe in structure but has a 2,5 cm higher shoe and an extra velcro strap. The extra height and the strap give just a little bit of extra support for those who want to go faster but aren’t ready for a lower shoe yet.