TO BE ORDERED EXCLUSIVELY BY TEAM MEMBERS Read more

The success of the Omega Aero helmet in the triathlon sport in the Netherlands has not gone unnoticed. Among other things, the very positive reactions from the TriMates have led to more teams wanting to wear an Omega helmet in team design, such as Hellas.

Hellas Triathlon is part of the athletics club of the same name and also the largest triathlon club in the Netherlands. Hellas is an association with ambition! Hellas is at the top of the results in various divisions, but not yet in the Premier League. This must change and therefore Hellas has sought new partners who can contribute to the realization of its plans. Cádomotus has designed a helmet that matches the Hellas racing outfit.

The Eredivisie ladies and men will ride with this helmet, the other club members have the opportunity to purchase the same helmet together with the Bioracer club clothing. 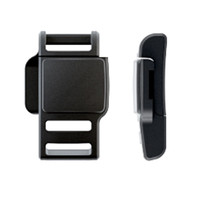